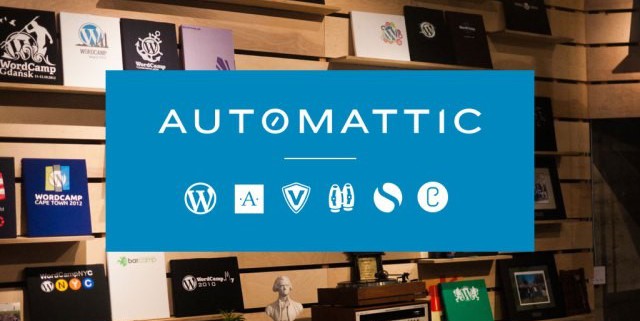 Automattic, the company behind WordPress.com and other Web publishing tools, has raised $160 million from investors, including Insight Venture Partners, CEO Matt Mullenweg confirmed.

The round values the nine-year-old company at $1.16 billion, after the investment, which is its first since it raised $12 million in 2008.

According to a blog post by Mullenweg, the round was led by Insight Venture Partners, as well as other new investors Chris Sacca and Endurance. In addition, longtime backer True Ventures has created a “special vehicle” to increase its investment and existing secondary investors, Tiger Global Management and Iconiq, also participated.

WordPress software now powers 22 percent of the world’s top 10 million websites, according to W3Techs. (That includes this site — Re/code is a customer of the WordPress.com VIP service.)

Fortune had previously reported that the round was in the works, and it is now closed. A source said interest in the round was high, and Automattic could have taken as much as $220 million in funding. Coincidentally, $1.16 billion was about the same amount that Yahoo paid in cash for social blog site Tumblr last year.

Automattic had previously raised a secondary round from Tiger Global and Iconiq. Mullenweg, Automattic’s founder, recently took over the CEO role from his long-time business partner Toni Schneider.

In an interview, Mullenweg said that he is aiming to use the money for a number of things, including growing the business, expanding its small employee base of 240 and increasing marketing. While Automattic has been run as a break-even business, he noted that it would now begin “leaning in aggressively to take advantage of opportunity, which we all believe is a big one.”

“I believe the Web deserves a truly open platform and operating system to do the next generation of content-oriented business on,” he said. “I want WordPress to be the best publishing platform in the world, bar none, including the best interface, authoring environment and design tools.”

In his blog post, Mullenweg noted that it would take the funding to do so, including a focus on its mobile products, e-commerce tools and a new version of WordPress.com:

“It was also only a year ago I said ‘Automattic is healthy, generating cash, and already growing as fast as it can so there’s no need for the company to raise money directly — we’re not capital constrained.’ I was wrong, but I didn’t realize it until I took on the CEO role in January.”

As to what is next, Mullenweg said that he thought that a “long-form renaissance” was an interesting new trend. “We have to keep up the innovation,” he added. “It is a massive market we are aiming at.”

Want to join the discussion?
Feel free to contribute!